Prague is one of the best cities to visit in Europe. Boasting cobblestone streets, charming castles, breath-taking bridges, and orange topped roofs, it is a unique destination that is ideal for any photography enthusiast. If you love architecture and fairy-tale cities, then chances are that either you have already been to Prague or are dying to go.

With all this to offer (and more), it is easy to grasp why Prague has become increasingly popular among travellers. I have been there twice so far myself and still can’t seem to get enough of its picturesque sights, well-preserved history and old-world charm. However, pictures alone aren’t always enough to express how charming Prague is.

So, if you have been to Prague recently and are looking for quotes and captions to perk up your Prague pictures, then worry not! I have searched the internet for you and put together over 85 of the best Prague quotes and captions in this post. Read on for short-one liners, inspirational quotes, puns, and more related to Prague and the Czech Republic.

Disclaimer: This article contains affiliate links. If you make a purchase using any of those links, I’ll get a small commission, at no extra cost to you. Thank you for your continued support!

Some of the most memorable social media captions are often brief, catchy and on-point. If you want to make an impression without saying much, then these short Prague captions may be perfect for you:

3. “On the search for the best castle in Prague.”

4. “Cue the dreamy castles and cathedrals.”

7. “And the award for the best Old Town goes to…Prague!”

14. “How can one complain in a place like Prague?”

15. “These Praha streets are nothing short of magic.”

18. “From now on sweet dreams are made of castles, cathedrals and sight-seeing in Prague.”

Would you rather use a short Prague quote instead? Here are some famous words said by historians, celebrities, authors and more:

22. “The most unspoiled baroque city in Europe.” – Christopher Booker

24. “Prague is like a vertical Venice: steps everywhere.” – Penelope Gilliatt

25. “I liked Prague. No other city has so much soul.” – Jean-Pierre Melville

26. “I personally think Prague is more romantic than Paris. If you have a girlfriend, take her there.” – Stephanie Sigman

27. “If European cities were a necklace, Prague would be a diamond among the pearls.” – Unknown

29. “I have been to New York, it’s like Prague sans the whimsy.” – Brian Griffin

30. “The miracle of my life is to awaken every morning in the 21st century – in Prague.” – Alan Levy

31. “The ancient splendour and beauty of Prague, a city beyond compare, left an impression on my imagination that will never fade.” – Richard Wagner

32. “Prague lay before him like a mysterious stranger in an old hat. An exotic woman waiting for him in poor light.” – Victor Gischler

33. “Walking around the Prague is comparable to being in a fairytale: except for one minor detail: it’s real.”

35. “There’ll be Czechs bouncing in the streets of Prague tonight.” – Bernd Liebner

36. “It’s easy to fall in love among the winding cobblestone streets and snow-covered castles of Prague, but is it a good idea?” – Dana Newman

37. “Prague is the equal of Paris in terms of beauty. Its history goes back a millennium. And the beer? The best in Europe.” – Lonely Planet

38. “In Rome, the statues, in Paris the paintings, and in Prague the buildings suggest that pleasure can be an education.” – Caleb Crain

39. “Prague changes like a precious stone to reflect the weather, the time of day and the season of the year.” – Christian Norberg – Schulz

40. “Old Prague was a story-book city caked in grime: ancient, soot-blackened. History lived in every detail: in the deerstalker rooftops and the blue-sparking trams.” – Philip Sington

41. “Eastern Europe has been really trendy. Prague is the best-preserved city in the region and the best beer in Europe lands on your table there for 50 cents.” – Rick Steves

42. “She felt happy in Paris, happier than here, but only Prague held her by a secret bond of beauty.” – Milan Kundera

43. “I had travelled to a lot of cities in Europe before, but Prague was special. It held a mysterious attraction for me.” – Arfi Lamba

In the mood for something thought-provoking, extensive and engaging instead? These inspiring quotes about Prague can be great conversation starters:

44. “I go to Prague every year if I can, value my relationships there like gold, and feel myself in a sense Czech, with all their hopes and needs. They are a people I not only love but admire.” – Ellis Peters

45. “Secretly, though, I am glad the stag parties are here, part of Prague. Isn’t this the kind of thing I came to find? The green wigs, the cab drivers, the bumbling and corrupt police, the throngs of humanity, the stink of traffic, the promise of a party, all played out on a stage so spectacular that it can absorb almost anything, like the ocean, and still preserve its beauty.” – Jeffrey Condran

46. “The streets of Prague were a fantasia scarcely touched by the 21st century – or the 20th or 19th, for that matter. It was a city of alchemists and dreamers, its medieval cobbles once trod by golems, mystics, invading armies.” – Laini Taylor

47. “Prague is not, strictly speaking, travel writing but it is, among other things, an excellent example of what travel writing is becoming, if indeed it hasn’t already done so. People are no longer so easily satisfied by the mere travel impressions of some outsider much like themselves. Instead, they gravitate towards writers who actually have lived not simply in, but inside, a location for an extended period, as one lives inside one’s clothes.” – George Fetherling

48. “Prague, we are told, is the most “magical”, the most “mystical” city in Europe, the continent’s one-time capital of astrology and alchemy, its ghetto the birthplace of the mysterious and menacing Golem and home to all manner of esotericism, hermeticism and witchcraft.” – Richard Burton

49. “I dwelt in a city enchanted, And lonely indeed was my lot; Though the latitude’s rather uncertain, And the longitude also is vague, The persons I pity who know not the City. The beautiful City of Prague.” – W.J. Prowse

50. “The minister said, “Music in stone”, and truly this phrase, bandied about by authors of art books, described Prague well. The city was, indeed, steeped in music and brought into harmony by it.” – Jiri Weil

51. “Icon of Prague, the medieval bridge crossed the Vltava between Old Town and the Little Quarter. Gothic bridge towers rose on both sides, and the whole span, pedestrian-only, was lined by monumental statues of saints.” – Laini Taylor

52. “Prague does not have its name for no reason – in truth, Prague is a threshold between the life on Earth and Heaven, a threshold much thinner and narrower than in any other places.” – Gustav Meyrink

Sometimes all we need is a good pun. Whether you are looking for Czech food or landmark related puns, I am sure you will find something funny and usable below:

57. “I love watching the river under the Charles Bridge. It’s my favourite live stream.”

58. “My Prague-nosis? Time in the Czech Republic is working its magic on me.”

65. “You should Prague-ably visit this beautiful city.”

66. “Wenceslas time you were in a place this beautiful?”

70. “I tried dating a Czech princess but I didn’t have the česky to her heart.”

71. “The cost of a trip to Prague doesn’t have to be Astronomical.”

78. “About to make some pour decisions.”

How about some local proverbs and phrases? Not only are these good for a caption, but can also be useful to know for the future:

That’s a wrap on the best Prague quotes and captions for Instagram from me! I hope you liked reading this post and found something nice to use for your Prague photos. I know how difficult it can be sometimes to describe one of the most beautiful cities in the world.

If these travel quotes about Prague got you dreaming about a trip to the Czech Republic, then don’t forget to give my Prague guide a read. And in case you are planning to do a bigger trip around Europe, check out best places to see in Poland for an off-beat recommendation. 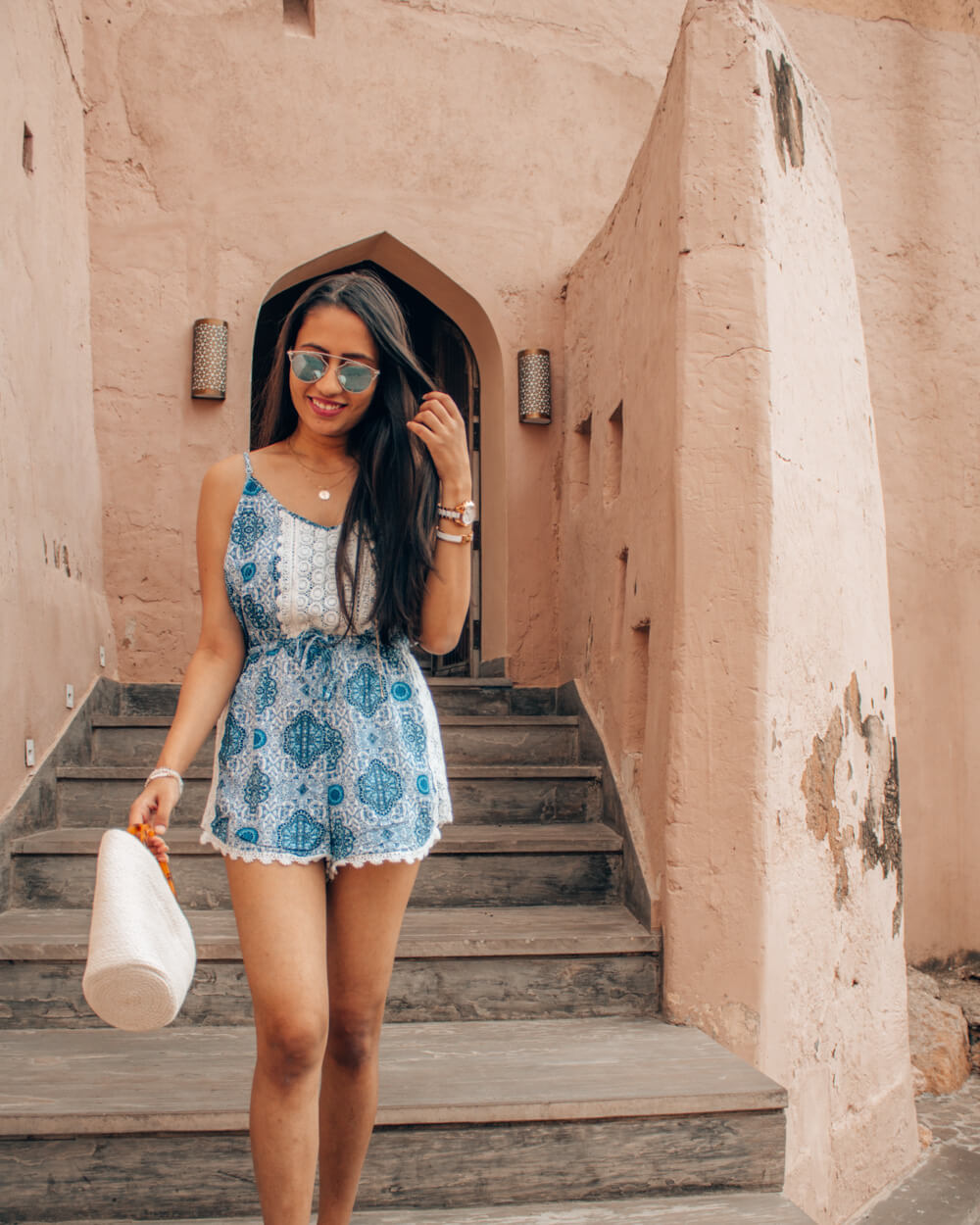 Hey wanderer, I am Charu aka CG. I am a 20 something old travel blogger who loves exploring the world, one place at a time.

Looking for Something Else?

Photo hack to try on your next trip 👇 If you a

Tomb of Itmad-ud-Daula, aka the Baby Taj ✨ This

Only thing better than seeing Taj Mahal in person

Live a life that you’ll remember 🤍 It has be

Feeling straight out of a royal Mughal fairytale,

Admiring the most beautiful building I have ever l

MONTHLY LETTERS FROM ME!